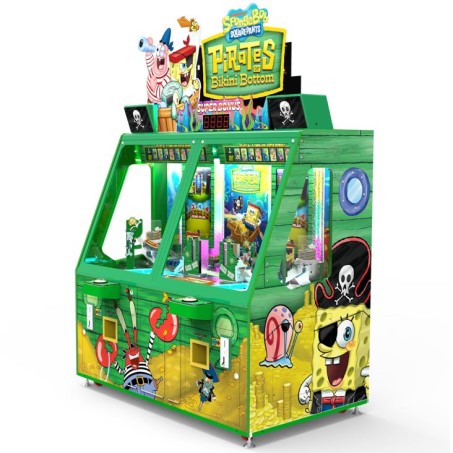 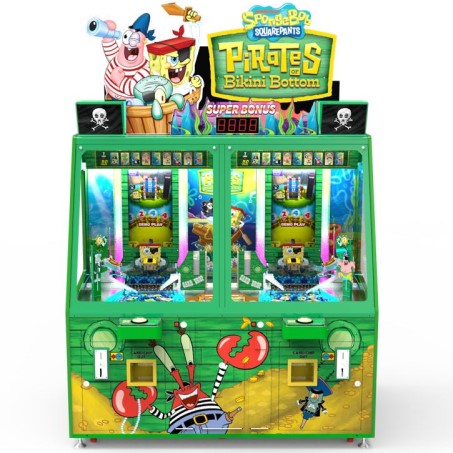 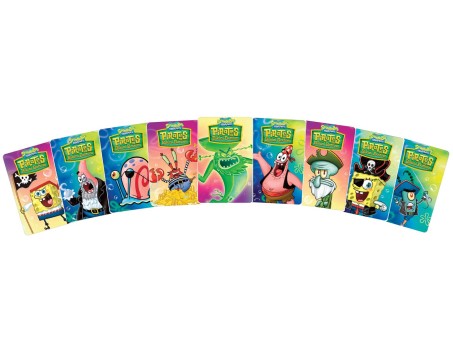 ​SpongeBob characters turn into amusing pirates in the quickfire arcade pusher titled SpongeBob Pirates of Bikini Bottom. This new pusher operates with miniature balls instead of tokens. Players shoot those balls into the moving treasure chest. Following a successful shot, the video screen completes the sequence: cannon fires, and a bubble is put into the "bubble meter." Ten winning shots fill the bubble meter and when that is achieved the prize wheel spins. SpongeBob Pirates plays with collectible cards (9 in the series) and colored chips that mingle with balls on the playfield. Chips can be redeemed for tickets right at the machine. 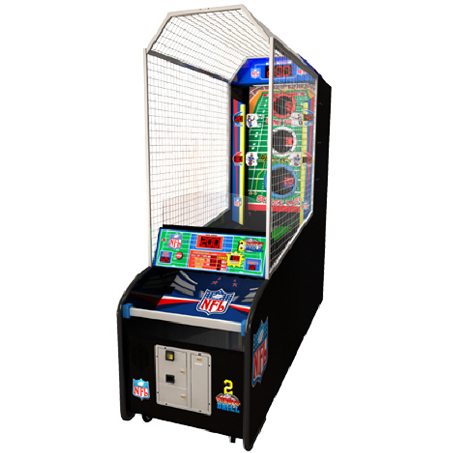 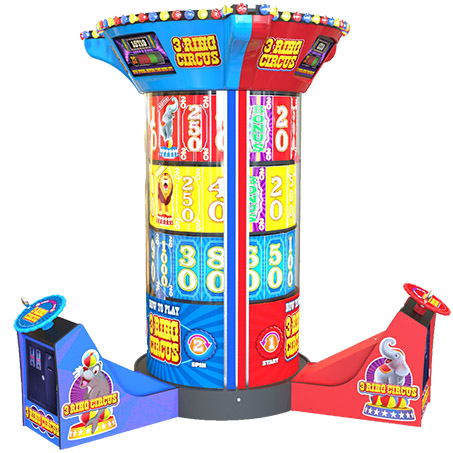 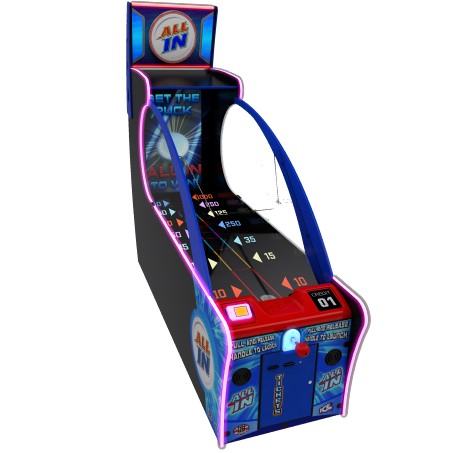